Have you always wanted to investigate a real case for that one detail that can turn things around? Then the 'Hypothesis and Scenario Thinking' training is definitely something for you!

How often does it happen that when you watch a movie you already have an idea of what happened and who the murderer is in the first few minutes? And how often did you have to adjust your hypothesis during the film? And be honest: how many times were you surprised at the end of the film?

This is what 'Hypothesis and Scenario Thinking' is all about, techniques that are used by the very best police forces, investigators and detectives worldwide.

During an intense 3-day training you will be immersed in a real, but unsolved murder case and you will learn to be open to other scenarios and to surprising twists. What happened? Who could have done it? And how was the crime committed? But also, how do you prevent tunnel vision?

The unique thing about this training is that - after signing a confidentiality agreement - you get access to the complete criminal file.

You learn to devise and develop scenarios independently and in a team.

A well-known investigator will support the lesson as a guest lecturer.

Course: Hypothesis-Scenario thinking
Review: “I really liked this course because it was interactive and that means that you get involved with the topics. Thank you all for the awesome days!"

Course: Hypothesis-Scenario thinking
“For this course it is very nice to be able to actively participate in a cold case. Thinking out-of-the-box, working on different scenarios with fellow students and the presence of the guest teacher to clarify some issues in the case was a very great experience. I really hope that the first goal is achieved to get the case reopened by the police. Of course I hope with all my heart that relatives will get answers. An excellent course, and a very great teacher with a lot of experience which she was happy to share with us."

Normally, this training is taught in a classroom setting. Nevertheless, we can imagine that, given your work, you would like to ask questions freely. In that case it is possible to provide a private training at our location for a minimum of six participants. We also provide, as you are used to from us, completely customized training programs based on (parts of) this module. We are happy to make you a suitable offer.

Our instructors have been screened and have entered into a confidentiality agreement with various government departments. Creating a specific non-disclosure agreement for the benefit of your organization or service is of course no problem.

Our training institute has been audited by and registered with the CRKBO (Central Register of Short Vocational Education). This module is part of the recognized training program Practical Diploma Private Investigator. This training is a recognized registered training that has been audited and accredited by the Center for Post Initial Education (CPION) and the Netherlands Post Secondary Vocational Education Foundation (SPMBO). Our training institute is therefore the only civil organization in Europe that can and may issue this registered diploma. After you have completed this training you will receive the registered Post-MBO (secondary education) diploma:

In addition to the above diploma, you will be registered in the Dutch Abituriëntenregister.

More information about the recognition of the diploma can be found here. 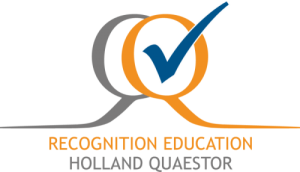